Ahalia Finforex, a diversified initiative of the Ahalia Group, complements the vision to touch different facets of life for gifting people a better future.

There is an old saying: Where there’s a Will, there’s a way. In the absence of a properly-executed Will, however, the ways ahead may sometimes be not only too many, but also too complicated. The thought of writing a Will and discussing it openly is very uncomfortable because it involves thinking about your death and/or the death of a loved one. It is imperative for every individual to write a Will (in the most unclouded manner possible), especially if you have multiple assets, multiple family members and definitely if you’re nearing or above the age of 50. . A clear and well-written Will also help in avoiding any bickering among the natural heirs. And, if a person wants to distribute his/her wealth to anyone other than the natural heirs, the Will assumes paramount importance.

A Will is a written document or testament by which a person (the testator) describes how their assets and wealth are to be distributed among their descendants. Making a Will ensures that your property is dissolved in the way you intend it to and that your legal heirs receive their fair share. Any person of sound mind and over the age of 18 can make a Will. A Will being a testamentary document comes into effect after the death of the testator.

It is not mandatory for Will to be registered under the law in India, but it can be registered with a sub-registrar. Even though registration is not compulsory, it has several advantages. A registered Will cannot be tampered with easily, or lost or stolen, since it is kept in safe custody by the Registrar. Moreover, no individual can access the Will without the express permission (in writing) of the testator until his/her death. Thus, a registered Will is more genuine and has higher value. Preparation of will is always preferable under the handwriting of the testator, handwritten will have much more legal validity than other kind of wills.  A will can be register in any state even the property on which the will is made is situated in any other state.

A Will can be revoked, changed or altered by the testator at any time when he is competent to dispose of his property. A person can revoke, change or alter his Will by executing a new Will, revoking the earlier Will, registering the new Will (if the old Will is registered), destroying the old Will or by making a codicil. A codicil can be explained as an instrument made in relation to a Will, explaining, altering or adding to its dispositions and is deemed to be a part of the Will, that to be executed and attested like a Will and  is governed by the same rules as a Will. If the beneficiary of a will is someone else other than the legal heir of the testator, then a proper explanation or reasoning about such transfer need to be furnished in the will. For couple, they can prepare their will jointly. After the death of one partner, only the will on his or her property comes into effect.

‘The Indian Succession Act 1925’ applies expressly to Wills and codicils made by Hindus, Buddhists, Sikhs, Jains, Parsis and Christians but not to Mohammedans as they are largely covered by Muslim Personal Laws. Making a Will allows you to name an executor (who shall carry out all the proceedings of the Will) and a legal guardian for your children, especially if they are minors. Provisions governing it and its execution are mentioned in the Indian Succession Act of 1925, which applies to every religion except Islam.

What Our Clients Say

See what our esteemed clients have to say.

I am a business man and due to pandemic my business was hit so badly and I needed fund to revive it. So I approached different financial institutions for property loan but all of them took so long for processing and documentation. My friend suggested Ahalia FinForex. I approached them and all the process was done and loan disbursed in 3 days time. I would like to thank you for the wonderful and excellent service provided for applying my property loan with Ahalia FinForex.I am very satisfied with your service and would like to continue in future too.

I took a travel ticket in 2020 from an online website but unfortunately due to pandemic I had to cancel my trip and I couldn’t get a refund and lost the entire amount. When I was ready to travel I approached Ahalia travel desk I was extremely happy in the way I got my ticketing done for my travel. got the best rate among all the quotes. The entire process was so easy and the staff was extremely helpful. I have already referred one of my friend to Ahalia travel desk and in future also will refer everyone to you only.

In 2020 I had an urgent need for money. I had to arrange it in two days time .I approached Ahalia FinForex for a personal loan. I am happy and thankful for the support I have received from Ahalia FinForex. Without you guys I can’t imagine such a fast & smooth process for my personal loan application. I’d like to thank you for all the efforts and leads you took to get in touch with me and having the entire procedure run through seamlessly. I am very satisfied with your service and would like to continue in future too. Thank You for all your support.

I travelled to Canada September 2021 as student for my University studies. I was extremely satisfied with the fees remittance procedure given by Ahalia Forex. I took my travel ticket also through Ahalia travel desk. When I travelled I carried CAD and I got the best rate from Ahalia Forex. I will refer my friends who are travelling soon.

Overseas studies need suitable thorough research which is suitable for learning and fits the budget. The main challenge is the timely payment of fees. After much research I relied on Ahalia Exchange for money transfer from Kerala for funding my tuition fees to Canada …. I am very satisfied because the cost was less and process was fast….I strongly recommends them. 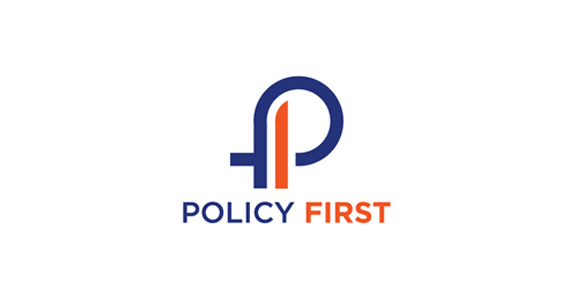 Visit policyfirst.com to compare and purchase any type of insurance

Please fill in your KYC & Requirement Details below